Marco Nicolini, Azerta's digital strategist, will launch his first book entitled Ser Digital ("Being Digital") in July. It promises to be a useful resource for executives, academics and entrepreneurs. In the text, readers will encounter a triad that is rarely explained and often difficult to interrelate: the path to connecting the communication plan, the marketing plan, and the business plan.

Marco Nicolini (38) lives and breathes the digital world. As a consultant, he had as many as 15 clients at once until almost a year ago when Azerta recruited him to be our digital strategist. He has over 20 years of experience as a professor at several universities and has taught both undergraduate and graduate courses. Marco, who gives workshops at Icare and teaches at the Academia de Emprendedores —the ADN radio program created by Leo Meyer — will be launching his first book in July. It is titled Ser Digital and will be published by Escandallo press. In the following interesting conversation, Nicolini offers us a preview of some passages from his text and highlights just how vital a company’s digital area should be.

Knowledge on a large scale. Ser Digital (Being Digital) is the title of the book that Marco Nicolini is publishing with Escandallo press. It centers on the premise that it is necessary to change the corporate mindset and move towards designing transverse and comprehensive strategies by understanding that “being digital means viewing the entire scenario, not only one part of it.” Nicolini was inspired by a Hindu legend, as told by the poet Jalal Al- Din Rumi (1207-1273), to explain the importance of the so-called “big picture.” The story speaks of the elephant as a metaphor for the impossibility of understanding the whole if we only approach its parts separately. This is the story of a wise man riding an elephant who came upon a house and a barn just as night was falling. Leaving the animal in the barn, he knocked on the door to ask for lodging. As it turned out, six blind brothers lived in the house. They immediately offered him their full hospitality and also admitted to him that they were very curious about what an elephant was. So the wise man took them to the barn and one by one they touched one part of the animal with their hands and told the others of the impressions they had. The point is that since each touched a different part of the animal, each had different impressions, and this led to a huge argument that was finally settled by the sage. ‘No one has the absolute truth, but they do have a part of it. If instead of arguing, you would listen to one another, together you could form the exact image of the elephant,’ he told them. “There are several lessons from this,” explains Nicolini, “and one is that no one owns the absolute truth. It also speaks to the value of collaborative work, as better achievements can be accomplished as a team. And lastly, the importance of understanding that strategies, from their design through to their execution, must be developed to look at the whole animal. While these design and implementation actions are often where most of the focus is placed, they are nothing more than a response to the initial needs that these strategies were designed to address, so they must be evaluated constantly,” Nicolini points out.

The book’s unmissables. Over 17 chapters and more than 400 pages, the book will provide tools that readers can apply in their daily lives. “It’s an extremely bold book because it proposes methods that go beyond just echoing existing theories. It is a book that will provide a basis for anyone who does not have time to do a degree or a specialization in marketing or digital communication and who wants to understand where we are and how to move forward. This book shows you the whole elephant, and its value proposition is that it takes care to precisely do that. It does not address just one area but rather allows you to understand the overall picture and challenge, and it zooms in on tools and models that allow you to understand and surf the wave. The foreword was written by Tito Ávalos, the Argentine professor and author of, among others, the best-selling book Lealtad de Marca (Brand Loyalty).”  Ávalos, for his part, maintains that Marco avoids the hackneyed cases found in the common marketing literature, which is very commendable he says because the book provides models and describes premises based on more down-to-earth examples. “The book opens with a very tough chapter where I explain digital’s role in the company. Readers will encounter a connection to the communication plan, the marketing plan and also the business plan (ultimately a triad that is rarely explained and often difficult to interrelate). I automatically make a link which, unfortunately, very few companies are clear about. There is also a long chapter dedicated to digital metrics and their analysis. In addition, I deal in depth with social networks, but from a tactical and strategic point of view; it is not about posting for the sake of posting, but about where they connect with the business,” he explains.

Why does digital matter? Digitalization has arrived to interfere with our lives. “In the near future, the various digital channels will have to be put in service to the people and not the people in service to the digital channels. That perspective must be changed. The social networks are just another medium. I remember when I was asked what would happen if Facebook disappeared, and my answer was that it would make no difference because we are already beings who are thinking about the digital media, in the dissemination and impact of what we say in our different circles, so what we did on Facebook we would now publish in the new network that was created or that we ourselves create, our heads are already thinking in digital, in this new way of sharing who we are,” explains Nicolini. Besides, the digital media is on the cell phone; we have the news in the palm of our hands. “And today the hand is an extension of memory; that’s what the cell phone is,” he stresses.

The importance of involving boards of directors. Companies’ digital areas are becoming ever-more relevant because of their influence on corporate reputations and profit. “However, if a board does not have real digital conviction, it will be difficult to effectively develop digital strategies because it will be permanently resistant, and this idea is precisely about re-understanding the logic that must be put together to achieve results,” says Nicolini. The digital area currently has a tremendous peculiarity that we must take advantage of, which is to create, measure and correct. “Today our mission as digitals is to identify and measure everything that directly interferes with the results of a company’s commercial or communicational actions,” our expert explains.

Academia de emprendedores (Entrepreneurship Academy) (#AdemLatam). This initiative created by Leo Meyer — who plays the role of a student during the session and directs the teachers to get the most out of the sessions —  is an academy of useful, dynamic and entertaining classes for entrepreneurs and startups. The episodes can be heard Monday through Friday from 9:00 pm to 10:00 pm on Radio ADN and in chapters of “podcasts with each class” that last no longer than 15 minutes. These short audios provide not only knowledge but also useful tools that teachers pass on. The lessons are also available on Spotify at the following link: https://open.spotify.com/episode/6B6j6dn5IcuqhKSgnxYAQy?si=8d015c1525954900. Nicolini is one of the Entrepreneurship Academy’s outstanding teachers. He has taught the Digital Marketing course and is now teaching the Strategic Communication course. “The Academy’s faculty are professionals with a lot of street smarts, who can explain in simple terms the processes and issues that often arise in the various ventures we are or have been part of, and which can sometimes be complex. We provide up-to-date examples to help our listeners gain useful ideas for their companies and startups. The great thing about it is that if you miss a live episode you can access it or review something you found useful on Spotify.” 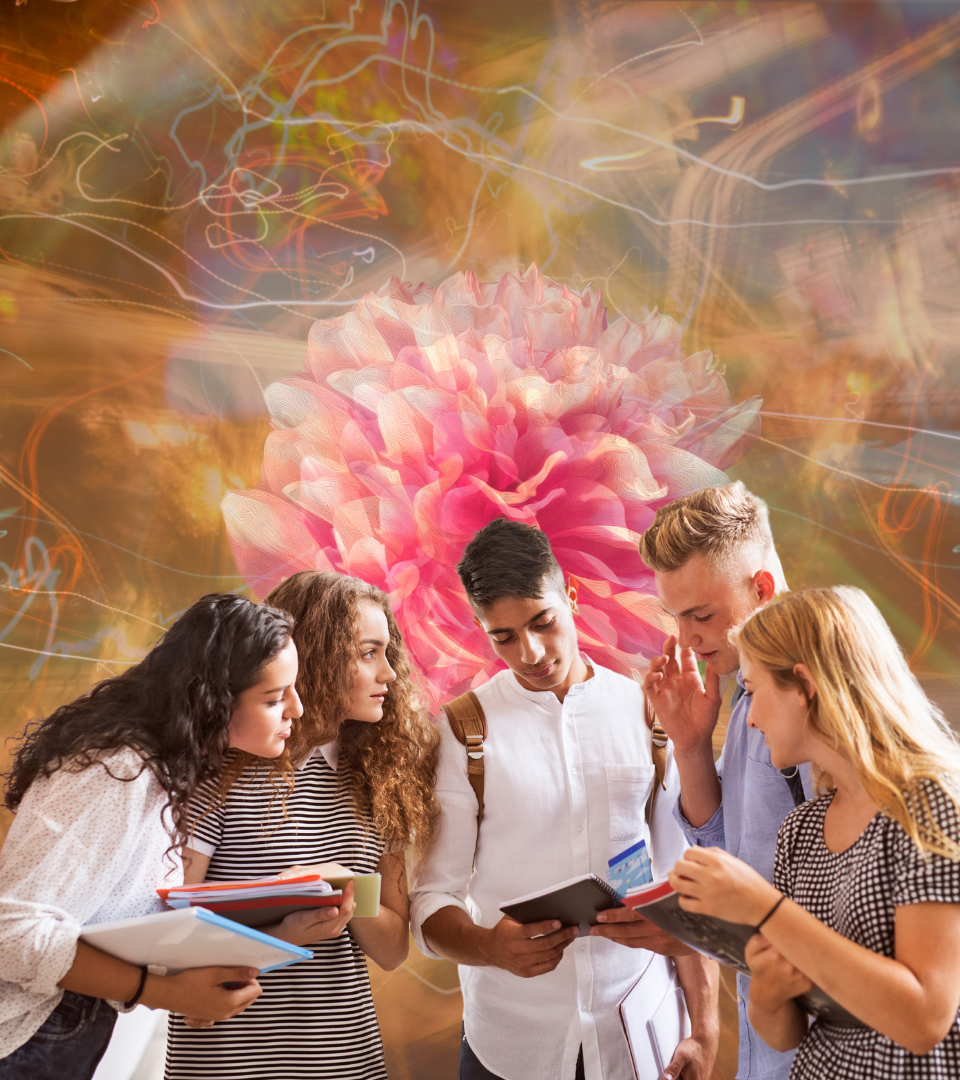 They are students at highly prestigious universities; they have outstanding intellectual abilities, a probable bright future, and yet many of them experience periods of depression and melancholy. Elite universities have sought ways to deal with the situation. As a result, a new trend has developed at the world's most famous universities and it is gaining more followers and financial support every day. It is known as Human Flourishing. 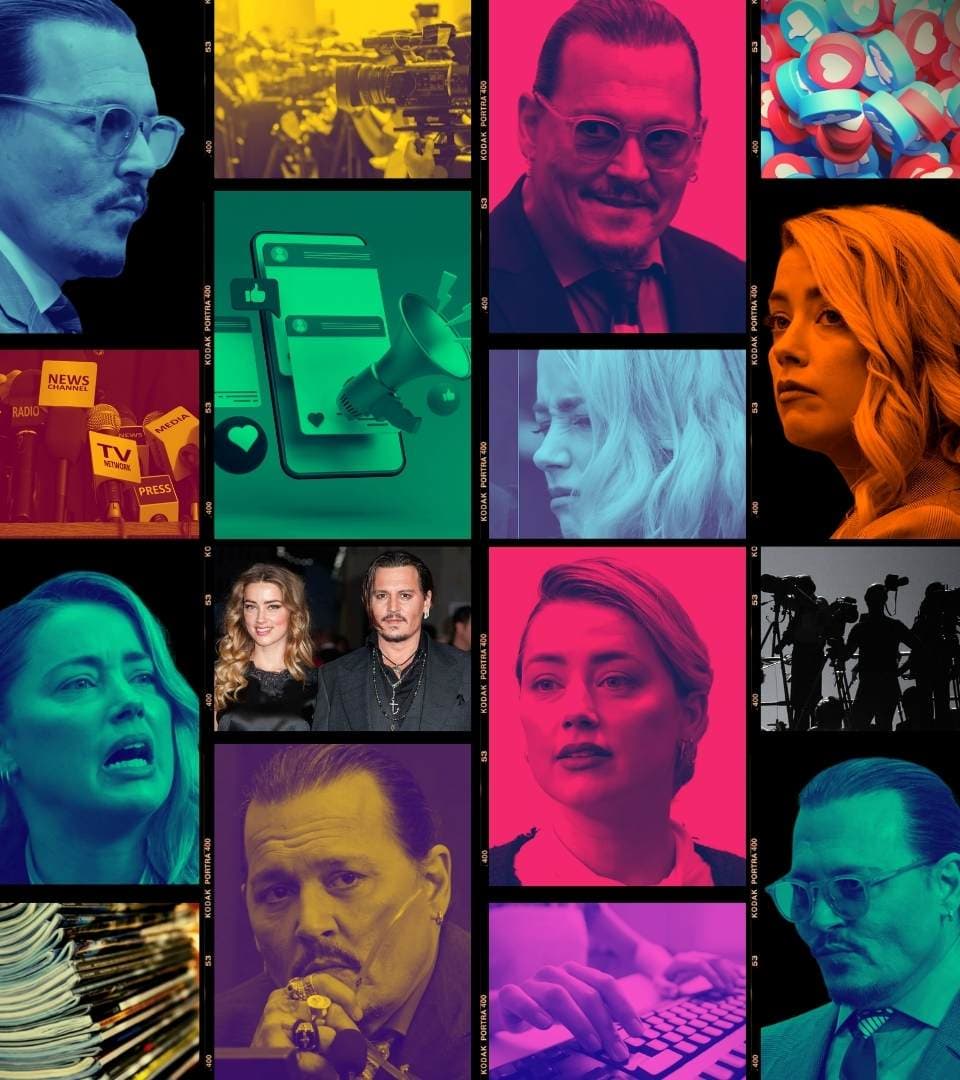