In sum, Yasna Provoste is not doing anything she has not announced before, nor is she breaking new ground in the ways she exercises her power: a stern tone, dour expression, and a marked testimonial conscience that mixes the rituals of the Catholic pulpit with her Diaguita cultural identity, the one she revindicated in the last election by displaying her green ballot, the color reserved for indigenous peoples. So, why is it that some people are still surprised by the Provoste style?By Camilo Feres (*)

The president of the Senate speaks out and settles her scores. This behavior, which is not new from the DC’s (Christian Democratic Party) best electoral choice, seems to have caught the Government unaware, but more surprisingly also part of the opposition, which, until recently, had been hiding behind her to lend political weight to its relative strength in the upper house.

Yasna Provoste’s restored prominence has brought a set of her personality traits to the fore: her facility to stand as a witness, her stern judgments, and her sharp political sense to fill power and/or leadership vacuums as they occur. It has also revealed the patient iciness with which she settles old political scores.

Her destitution as Minister of Education during a former regime certainly is central on the list of accounts due. That sword was first unsheathed by the right—it later came crashing down on them in equal measure in the person of Harald Beyer—and it had benefitted from the diligent collaboration of the colorines, a faction of the DC.  This faction led by Adolfo Zaldívar who, in the midst of a conflict that would estrange them from their party and Bachelet’s first government, had lent their votes for the constitutional accusation that removed her from office and exiled her from politics (at least for a while).

This episode probably came strongly to mind for Fuad Chahín, once a distinguished Colorín himself, as he had to step down from his position. After having emerged as a presidential option due to her rise in the polls, Provoste had criticized Chahín’s leadership and made public a conversation with him in which he asked her to consider a presidential candidacy. Following his resignation, she took the opportunity to finish him off by describing the gesture as tardy and a far cry from a tradition of leaders who resigned on the very day of a major electoral defeat.

In a more subtle, but no less determined way, the Provoste style also fell upon Ximena Rincón who, as the party’s presidential candidate was acting as primus inter pares of the DC senators. Gradually Provoste began overshadowing her colleague, and this troubled coexistence led first to declarations of “I am not a candidate” (primary requirement to be a candidate), followed by a joint press appearance in which Rincón repeated what Provoste had said minutes before, and finally to the episode of withdrawals, resignations and accusations with which Rincón herself exited the scene without Yasna’s gun having had to fire a single shot.

None of this is new. Rescued from her political exile by means of a comfortable electoral victory, which was sweeping enough to get her partner on the ticket elected also, giving the ruling party a majority and incidentally leaving Jaime Mulet, another distinguished ex-colorín, out of the race, Provoste led the opposition to the “nuances” with which the most conservative sectors of the DC signaled their differences with the Bachelet 2 government.

At that time, the current president of the Senate was once again a counterweight to the most right-wing sectors of her party that, based on internal alliances, would parrot the party line but act differently. But though the Gutistas [of Gutenberg Martínez] and princes got their way, opening the door to dissidence with the Nueva Mayoría, and fostering the idea of charting their own course, which led to the unhappy candidacy of her Senate colleague Carolina Goic, Provoste’s flag of opposition waved from on high signaling the way to a strong internal electoral majority.

Many of these efforts are now reflected in her current ascendancy: Provoste’s electoral potential is not limited to her performance in the polls but also rests on the bonds of trust that unite her to a broad swath that reaches beyond the former Concertación and, in this regard, her history of small battles—of defeats and victories—gives her a track record that is valued by the most progressive sectors.

Continuing with her signaling, upon becoming president of the senate, the now proto-candidate clearly outlined the path that would guide her in the role. In one of her first interviews in office she stated, very straightforwardly, “I will work for the unity of the opposition and for an agenda of reforms that will restore social peace,” but it seems that these interviews were not included in the La Moneda’s press clippings.

In sum, Yasna Provoste is not doing anything she has not announced before, nor is she breaking new ground in the ways she exercises her power: a stern tone, dour expression, and a marked testimonial conscience that mixes the rituals of the Catholic pulpit with her Diaguita cultural identity, the one she revindicated in the last election by displaying her green ballot, the color reserved for indigenous peoples. So, why is it that some people are still surprised by the Provoste style?

In the countryside you can still hear an old expression used for men who are timid in the public arena: “he looks like the teacher’s husband” they say, alluding to the distinguished figure of those female teachers who guided their schools and homes with a firm, stern and dedicated hand, leaving as their legacy generations of “first professionals” indelibly etched by an ethic of righteousness, dedication and effort.

Something of that ethos comes to mind watching how Provoste surveys those around her, giving a stern look when they make mistakes, firmly punishing those who stray from the line, but at the same time clearly conveying that she is fully dedicated and prepared to see through the challenges that have fallen to her. Maybe that’s intimidating some people.

(*) Camilo Feres is a Social Communicator UARCIS and holds a Master’s Degree in Social Sciences from the University of Chile. He is also Director of Social Studies and Policies at Azerta.  Column published in Ex-Ante. 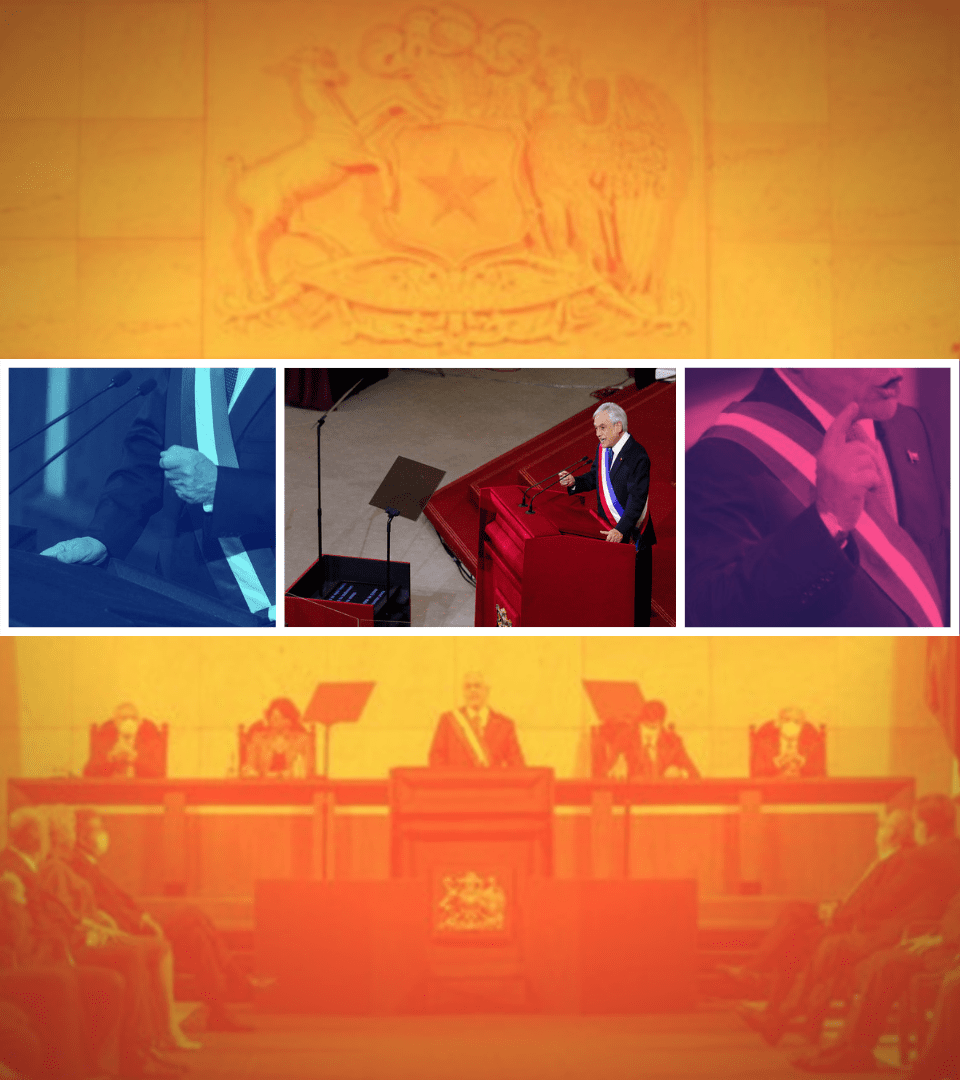 The main points from the last State of the Nation address

The main points from the last State of the Nation address

In his message to the Nation, President Sebastián Piñera surprised everyone by assigning urgent status to the equal marriage rights bill in the Congress. However, there were other announcements on matters of human rights and security that show the government's priorities for its last months in office. The following report from Azerta's Public Affairs Department provides a detailed analysis of the most noteworthy announcements. 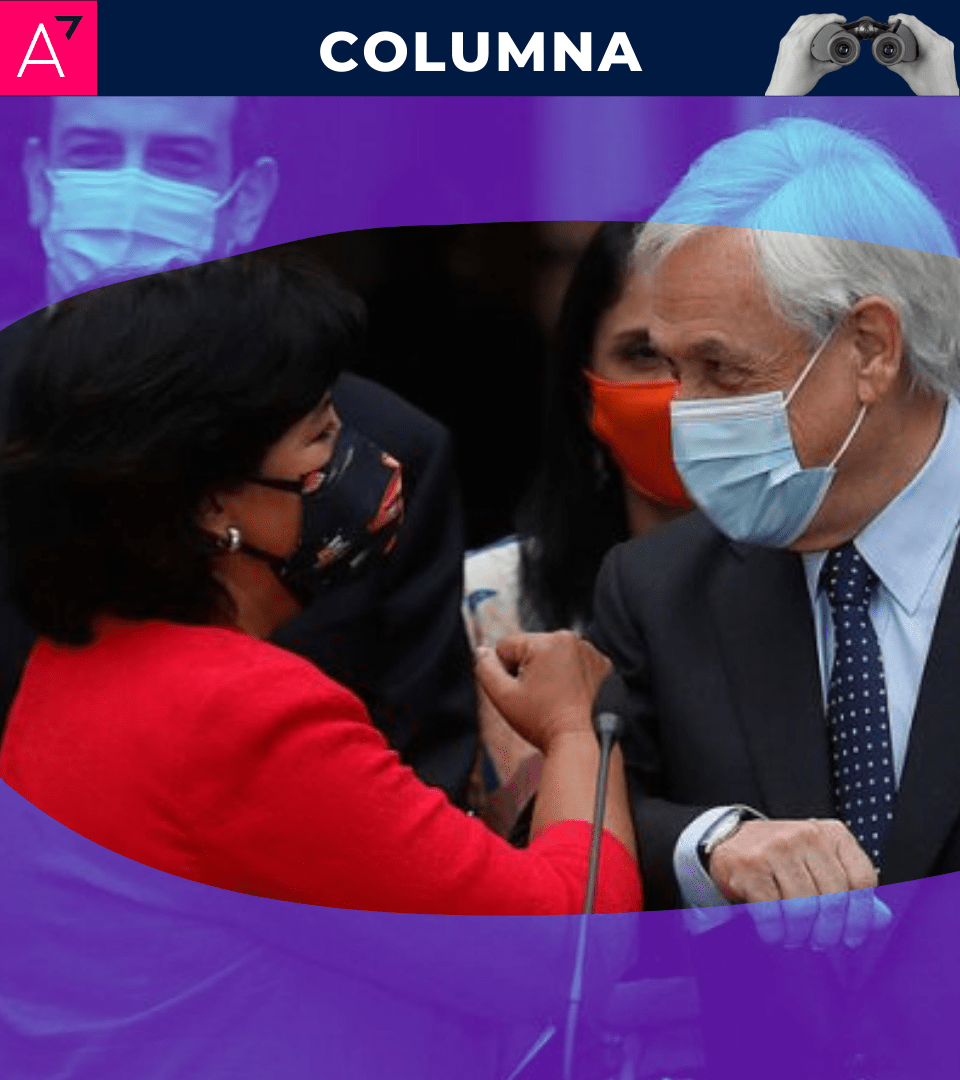 Yasna and the Void

Yasna and the Void

What the president of the Senate is doing may not lead to her meteoric rise, but if well executed and communicated it will undoubtedly show a certain way forward at a time when the background chorus is singing of desolation and uncertainty.By Camilo Feres (*)